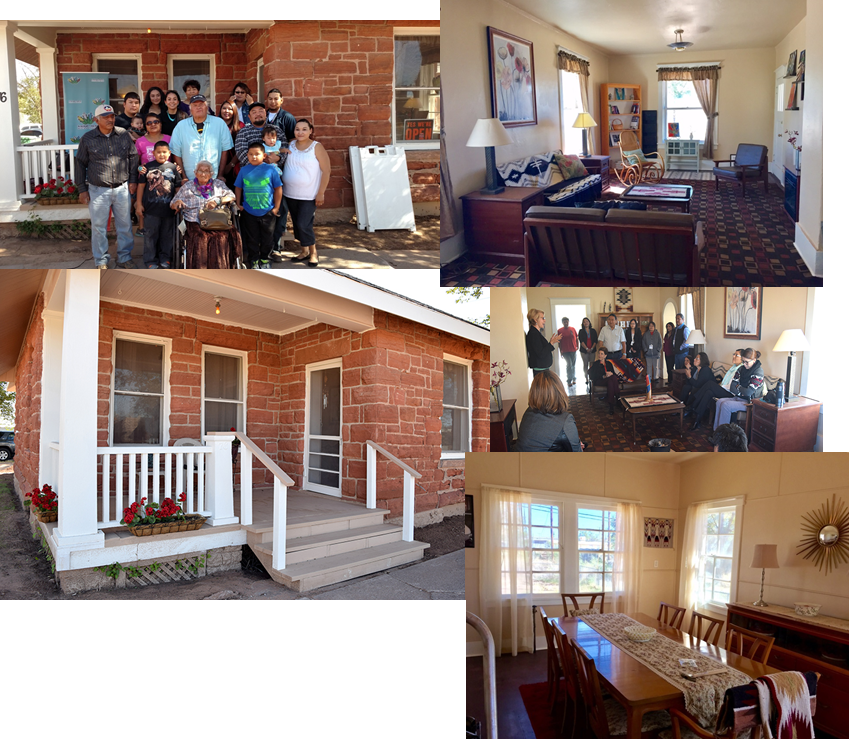 How the NHHF Canyon House Came to Be: The Leona Canyon Story

You might be asking, why Oncology services on the Reservation in Northern Arizona? Please allow me to share my experience with you.

I walked into the Flagstaff ER expecting to find my mother and best friend, sitting up providing me with moral support, assuring me everything was fine. Instead I found a weeping confused mother, barely able to speak. She’d undergone surgery a few months earlier for a broken femur and cracked knee cap from a fall on the ice, but both issues were resolving.

I also knew she had a doctor’s appointment this morning, I didn’t know she had missed it because the native transport company couldn’t make room for her and she had to make other arrangements or that once she arrived, the office told her she had to reschedule, even after she told them she was bleeding and in pain, defeated, she asked the transport driver to drop her off at the ER!

Moments after I arrived at the ER, the doctor came in, stated they had done various tests and concluded she had cancer. I heard him say her prognosis was positive, but she would need surgery right away, and they were releasing her, and she would need to follow up with an Oncologist.

I struggled with the suddenness of the situation. Intellectually numb, raw with emotion, I yelled after him, she’s bleeding and in pain, and we are not leaving! She needs to stay in the hospital and have the surgery! Thinking to myself, I’m not stupid because I’m Native American…The nurse came rushing in to calm me down and explain that there were no beds available and currently no oncologist available. Within minutes the doctor returned to say they were calling around to find a bed. I realized at that moment, I needed to take an active part in securing my mother’s care. 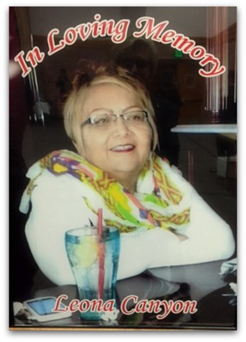 My mother, Leona Canyon, like many Native American women was an intensely private person. She only told her closest friend that she was having “serious female problems,” making her a promise to see the doctor. Unfortunately she would have to wait 3 months to get an appointment. Mom didn’t share the seriousness of her symptoms with us, fearing the news would cause my brother and I too much anxiety, depression and disrupt our lives.

The following morning they told us they were transferring her to UAMC 350 miles away. I called my brother and told him what was happening. His wife had started a new job and he was watching the kids, but he would make arrangements and come down as soon as possible.

When we arrived in Tucson they put my mother in the Progressive Care Unit, got her started on IVs and she started to rally. While we waited for surgery, she talked to a couple of friends on the phone and assured them it would be ok, and then she was whisked away by the OR staff.

I was alone and scared, worrying about my brother, trying to drive his old car 350 miles, leaving his pregnant wife and three kids. How I was going to eat? Where I would stay? I had $248.00 in my bank account until pay day. What was going to happen to us? The hospital kept asking me about my mom’s insurance, was she still on medical leave from her fall. I had no idea and without “Power of Attorney”, I couldn’t find out.

When my mother returned from surgery, I knew her situation was serious, but I didn’t realize she was barely clinging to life. I spoke softly to her and caressed her beautiful bronze wrist, but quickly became overwhelmed and ran from the room crying, leaving a bewildered nurse in my wake. I wanted my family; I needed to be near them on the reservation. I knew no one here, and they had no understanding of what it was like to be native in a cultural vacuum.

The doctor came in and said the cancer had advanced aggressively and she had experienced some low oxygen levels in surgery, but she should be fine and they would start chemotherapy after she recovered in a couple of weeks. Though I knew of people who passed from the disease, cancer was their tragedy not mine, I had no understanding of the havoc it wreaked. My mom was a three-dimensional virtuous woman, who was always making plans to improve her part of the world, while painstakingly caring for her family. Now she was bedridden in an ICU with her hands restrained, lest she become agitated and rip out the many IVs and tubes used to sustain her ebbing life.

My brother arrived…and from the moment he saw her, he began grieving in deeply visceral ways. Without a support system would his sobriety suffer, his progress be lost? I called family, I knew it would be a hardship for them to make the trip, but if she was nearing the end of her life they needed to know.

I had so many questions: What is a SNF, “skilled nursing facility”? Do we have one closer to home, why Tucson? How can I leave her alone, what about my job, my house? Who can I ask for help? I don’t have Mom’s “Power of Attorney”, I can’t find out about her insurance. My brother needs gas money to get back home, on and on my mind spiraled into exhaustion.

My aunts arrived the next day and we all got a hotel room together. Natives are good at sleeping in one room, it’s called a Hogan and it felt good to be together, to have their wisdom and support. I had been there for three days sleeping in my car and it was great to take a shower and stretch out on a floor and rest.

Then the call… something went wrong and they were taking her back to surgery, then another event in surgery with the oxygen, then infection. Waiting at her bedside, praying, and thinking if only my mother had access to care on the Reservation; where people understood us, near family, ceremonies, and prayer offerings, spiritual and psychological support.

When it became clear she wouldn’t survive, we waited out her passing, which was the most painful experience of my life. We sat vigil at her bedside, watching her breaths become slower and longer. It was almost impossible to reconcile the sick, weakened body with memories of my mother, ebullient, effusive, her crackling energy propelling her to meetings and planning family gatherings. It was a humbling reminder of our collective mortality; despite our rich, complex lives and particular attributes, we are ultimately reduced to mere bodies that cease to function.

As is commonly said, grief tends to come in waves; there are times when it feels like she’s still very much here, only a text message away. Other times, her absence is maddening, and I can barely bring myself to operate normally. It’s astounding that any conversation I have, concerns something besides this major loss, that people are moving on with their lives all around me like nothing happened. My mother will pervade my life forever, enabling my achievements and cushioning my failures. Though not physically present, her maternal love transcends death.

It is often difficult to separate reality from our preconceived truths. So just too quickly explain, not all Native Americans get casino payouts or payouts of any kind. Being traditional, Navajos and Hopis were slow to step into that arena and are not expected see any profit from their venture for many years. When and if they do, the money is earmarked for basic life sustaining improvements, clean wells, solar/electricity, and paved roads. On the Navajo Nation there is Diabetes and obesity from subsidy food, and an alarming 50% unemployment rate. The life expectancy on the reservation is 17 years shorter than the average American, and for much of their life they will be burdened with third world health conditions. There are over 550 Uranium Mines that leach into the ground water on the reservations in Northern Arizona, tainting wells, the plants, the animals, the people.

Thank you for allowing me to share with you this all too common patient experience.

Wishing you the very best,

The Navajo Hopi Health Foundation is a 509(a)(1) non-profit charitable organization. Donations are tax deductible to the full extent allowable under the law.